Colin O'Neill, a senior at Lake Shore High School, wanted to do something meaningful yet unique for his Eagle Scout Project for Boy Scout Troop 578. Well, his idea of recycling electronic software waste this past October fulfilled both of his goals, so that is just what he and his troop did. Colin organized a town-wide electronics recycling day where items could be dropped off at the Evans Highway Department. In addition, he and his crew (made up of town officials, employees, boy scouts and troop leaders) even organized electronic pick ups for people that could not physically drop off such items. Supervisor Mary Hosler could not believe the number of items such as televisions and old computers that were collected--enough to fill a few dumpsters. One woman Colin reached out to was so appreciative for his help, she was moved to tears sharing that she could have never got rid of such equipment on her own. This truly was a win-win scenario in that Colin and his task force both helped residents clean up their yards and dispose of such items properly. Special thanks goes to Boy Scout Troop 578 for their leadership and cooperation as well as the numerous town personnel who donated their time and energy. Colin would especially like to thank his father, Tom O'Neill, for always being by his side for every project Colin sets out to do. Colin is a tremendous asset to our community, and his Lake Shore teachers and administrators are so very proud of him and this community project! 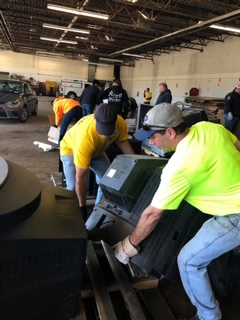 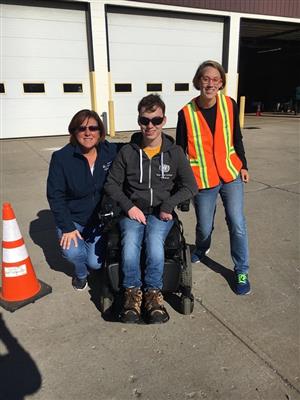 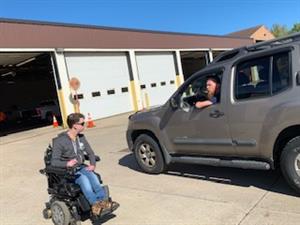